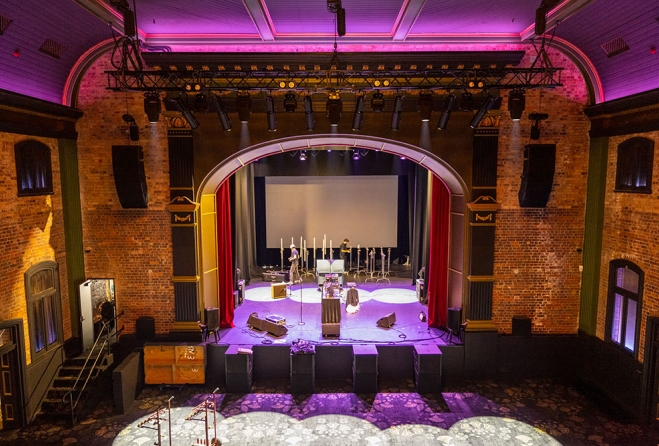 The only surviving intact 19th century theatre in Brisbane and the oldest in Australia, since its construction in 1888 the Princess Theatre has been home to amateur and professional theatre companies as well as a silent movie picture theatre from World War I through the 1920s.

Then crowds showed up to watch Charlie Chaplin in his heyday and those who didn’t make it inside would stand outdoors and be happily fed advertisements that were slide projected onto the theatre’s exterior wall.

Designed by John B Nicholson for the solicitor son of ex-Mayor John Hardgrave, as a public hall for hire it was called the South Brisbane Public Hall until 1892 when it had a short stint as the Boggo Road Theatre before John Hardgrave bought it from his son and called it the Princess Theatre. Draper John Finney bought it in 1899 and turned it into a clothing factory until 1914, giving new meaning to the dress circle.

in 2021 the Princes Theatre has been restored to its former glory so that once again Brisbane can enjoy the city's remaining heritage-listed theatre. Open for events, gigs, concerts and shows, the theatre also has a splendid onsite bar and cafe, Fables Bar & Cafe.