Family-owned and operated, this boutique jeweller has been crafting unique styles of jewellery in Brisbane for over 25 years

Family-owned and operated, this boutique jeweller has been crafting unique styles of jewellery in Brisbane for over 25 years

When it comes to fashion the inner city’s Fortitude Valley clips the CBD as the prime destination for the independent, offbeat and designer flagship stores. The latter are concentrated in the leafy modern James St precinct, the Euro style Emporium is home to upmarket boutiques and a clutch of fresh, experimental, on-the-up young designers are scattered throughout Ann, Brunswick and Wickham Streets and surrounding laneways.

Paddington in the city’s west is the other major contender with its string of quirky, designer and one-off boutiques inhabiting character cottages along its spindly ridges. And tucked away in the neighbourhoods of the north, south, east and bay are a growing crop of stand alone boutiques that make a venture afield worthwhile. 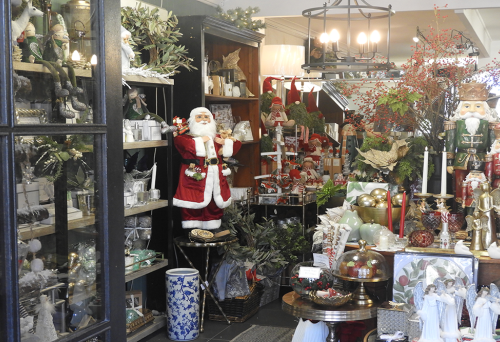 Get into the festive spirit while you get the Christmas shopping done on one of Brisbane's premier high streets
...more

Bentley De Lisle in Paddington are custom jewellery experts with a passion for perfection in every piece they craft
...more

Capulet & Co. is a stylishly renovated Sandgate store that is a go-to for quality threads, gourmet coffee & home wares
...more

Be it original design or the one off brilliance of vintage fashion you seek, follow the pink carpet to the back of Paddington’s Coin Laundry and you may just find both
...more

Here is a store where the racks are draped with feminine timeless classics in cool muted colours.
...more

The Happy Cabin brings a touch of lumberjack chic to Vulture St, with its raw timber floors, cowskin rugs, lanterns and clothing racks made from farming implements and tree branches.
...more

The flagship outlet of internationally acclaimed design team, Brisbanites Heidi Middleton and Sarah Jane Clarke, has its polished home on the corner of Doggett and James Street.
...more

This tiny boutique, barely wider than a corridor is easily missed but worth looking out for due to its impressive stock of new and established designers
...more

This absolute gem tucked away in the melaleuca-lined streets of Hawthorne is the hide-out of a veritable who’s who of fresh unique fashion, be it clothes, accessories, jewellery or shoes.
...more

Melbourne designer Lisa Gorman has put her stamp here in Queens Plaza with her original and eclectic fashion.
...more

Frockshop is a one stop high end boutique where shoppers can throw together an entire look.
...more

A hole in the wall boutique with a blotch on the glass as signage, DTF packs a lot into its small understated space.
...more

This tiny whimsical boutique inhabits the shell of a 1950s dress shop – Val-de-Lee Frocks, whose sign still adorns the brick wall inside
...more
women
see all
men
see all
Book now for An American in Paris