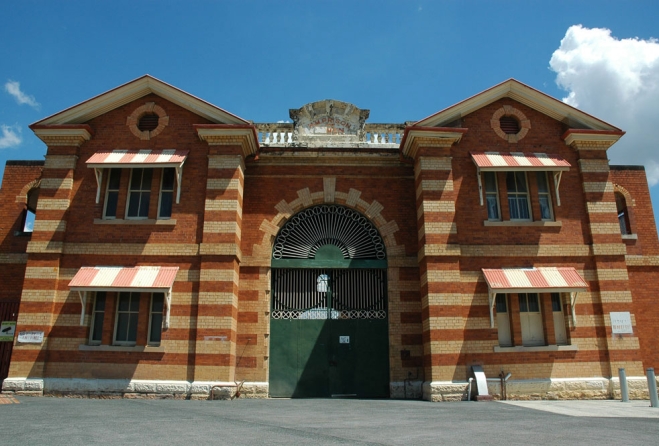 Boggo Road Gaol opened in 1883 as a replacement for the dreaded Brisbane Gaol on Petrie Terrace and closed its heavy reinforced doors for the last time in 1992. Today only a few buildings remain of the infamous establishment which in its time held a cast of Queensland’s most notorious prisoners.

Of the hundred year’s worth of buildings that have stood here, the main ones still standing are Division 2 (the state’s only remaining prison building based on the 19th century principles of control and discipline), its brick-enclosed exercise yard and observation tower. Long time Brisbane residents will recall the unsettling sight of armed guards on patrol in the tower when driving along Annerley Rd.

Constructed in 1903 as a separate Womens’ Prison block to the 1887 built men’s block Division 1, Division 2 was the first ‘separate system’ womens gaol in Queensland and the worn words HM Prison for Women (with the ‘wo’ scrubbed clean) over its foreboding arch can still be seen even though it ceased being a women’s section in 1921.

After the women were moved out in 1921 to another building at the southern end, Division 2 became a catchment for long-serving prisoners – killers, rapists and other serious crims - of St Helena Island. In the 1970’s it reverted to a maximum security prison after Division 1, along with its infamous ‘Black Peter’ damp earthen underground holes for solitary confinement was demolished and replaced with a new facility.

As the oldest and most archaic of the surviving intact gaol buildings Division 2 became the site of much protest, rioting, hunger strikes and wire swallowing by prisoners held there in the early 1980’s, with convicted Whiskey Au Go Go fire bombers Stuart and Finch at the forefront.

Other famous Boggo Road Gaol inmates were Patrick Kenniff, Australia’s last bushranger who was executed here in 1903 and buried across the road in South Brisbane Cemetery, Ernest Austin who killed a 12yo girl in Samford and was the last man to be executed in Qld and Slim Haliday who was renowned for his six ingenious escape attempts.

Although some early prisoners were buried in the grounds of Boggo Road Gaol, most who met their deaths by hanging were buried across the road at the then South Brisbane Cemetery and today a commemorative stone stands in the vicinity of the 41 prisoners listed as ‘dead by the gallows’. 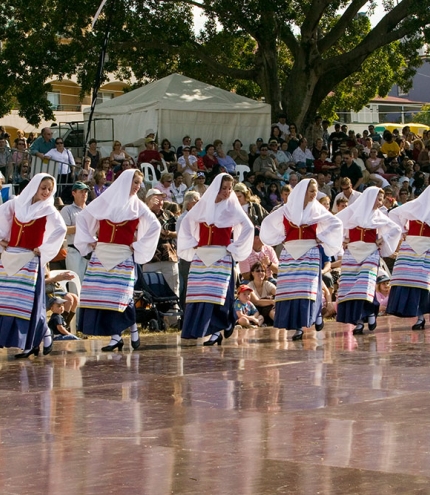